Big, Pointy Tits And A Mouth Made For Sucking

Big, Pointy Tits And A Mouth Made For Sucking 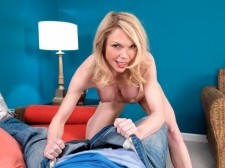 Alexa Rae is dressed to go out, but her guy isn’t in the mood. He’s tired. Been working all day.

“I know what we can do if we stay in that will make you feel better,” Alexa says.

Because we know you’d like to know, we’ll tell you that Alexa is a 48-year-old wife from Kentucky who calls herself a WILF.

In her spare time, Alexa enjoys gardening, reading, playing online games and traveling. She’s a fan of the Nashville Predators hockey team and says she gets very turned on watching them play. “It’s so physical,” she said. “Whenever I watch hockey on TV, I’m always ready to have sex right afterward.” She isn’t a swinger but she’s open to the idea. And she says the people who know her would be surprised to see her here.

“I wouldn’t call myself conservative but people wouldn’t say I’m out-there, either,” she said.

Maybe she used to be conservative. As of right now, she’s out there!